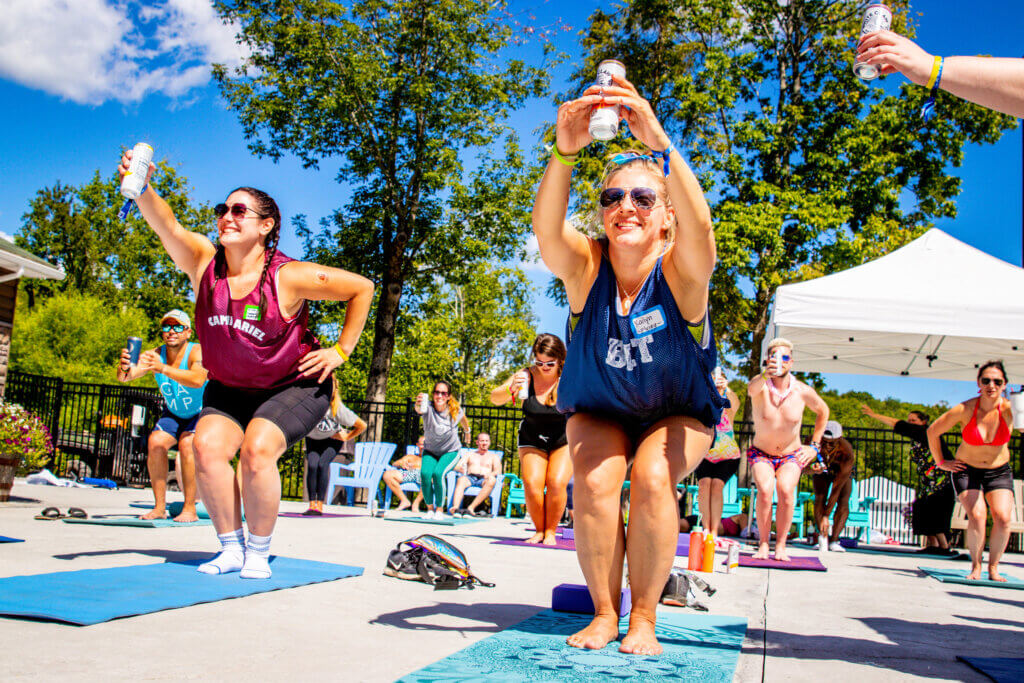 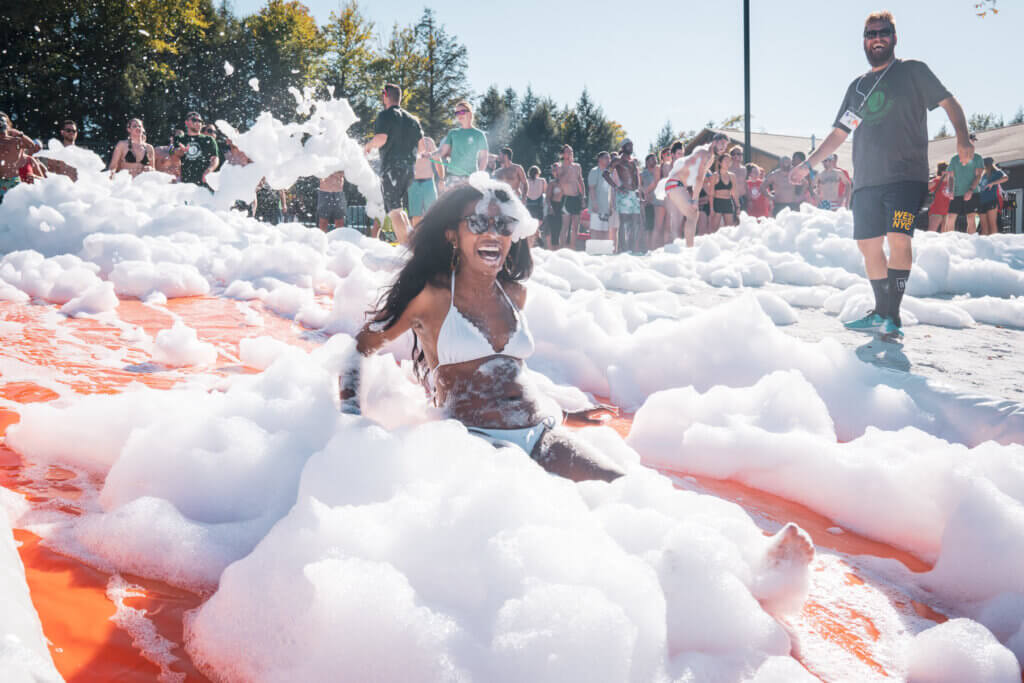 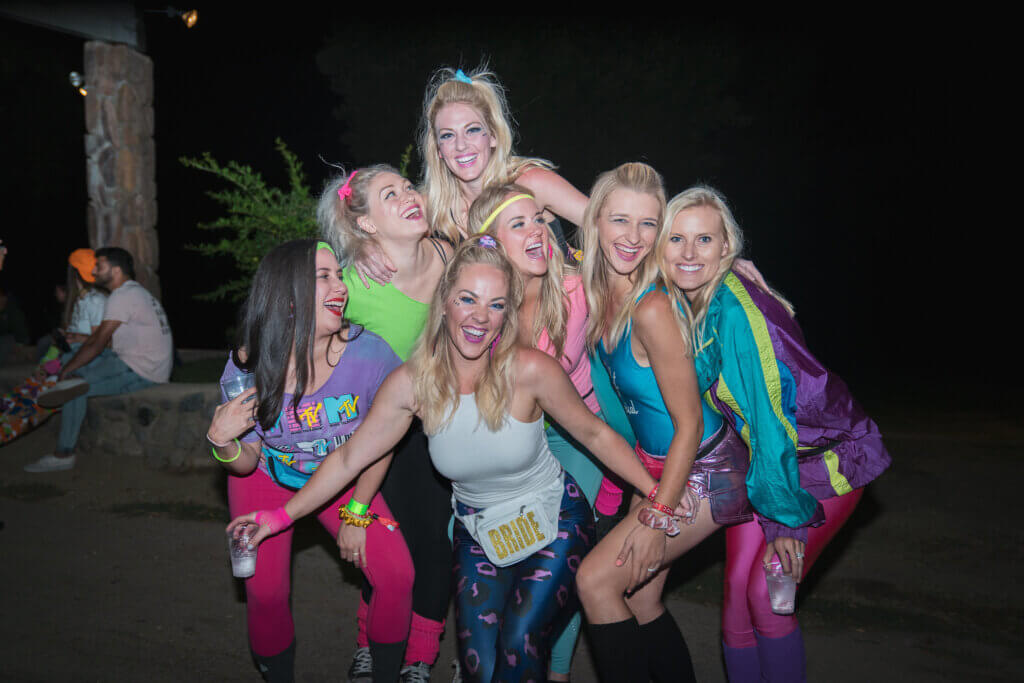 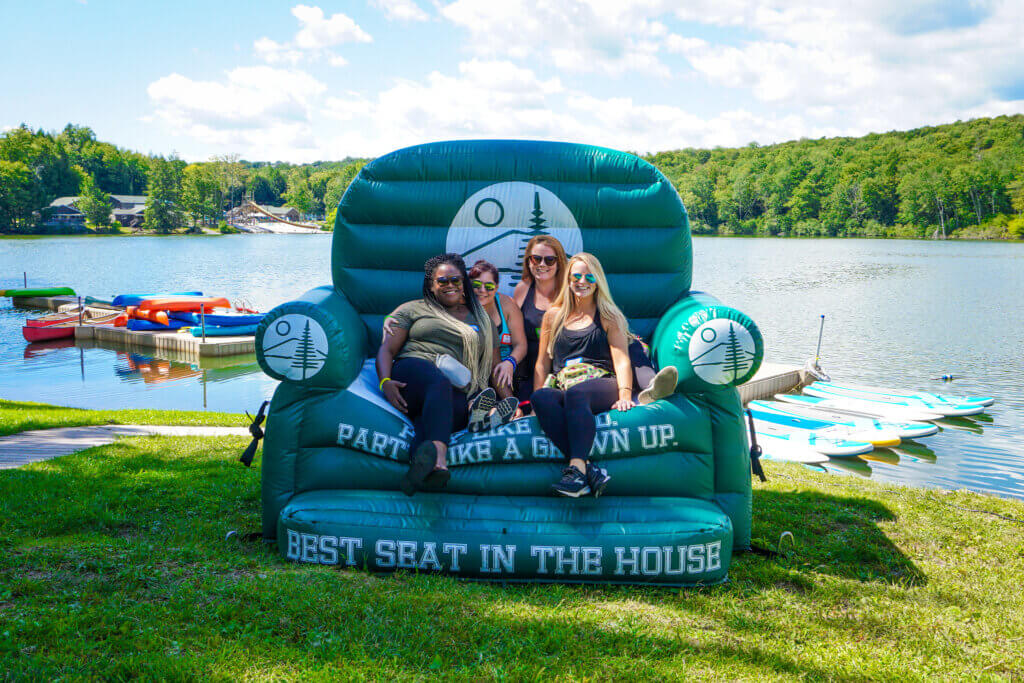 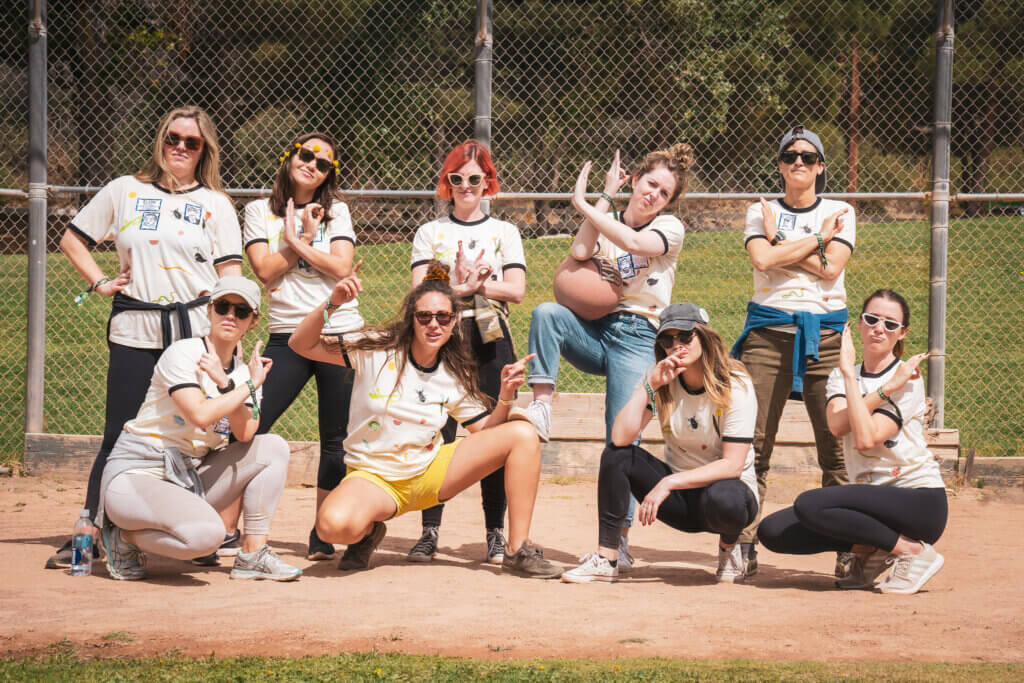 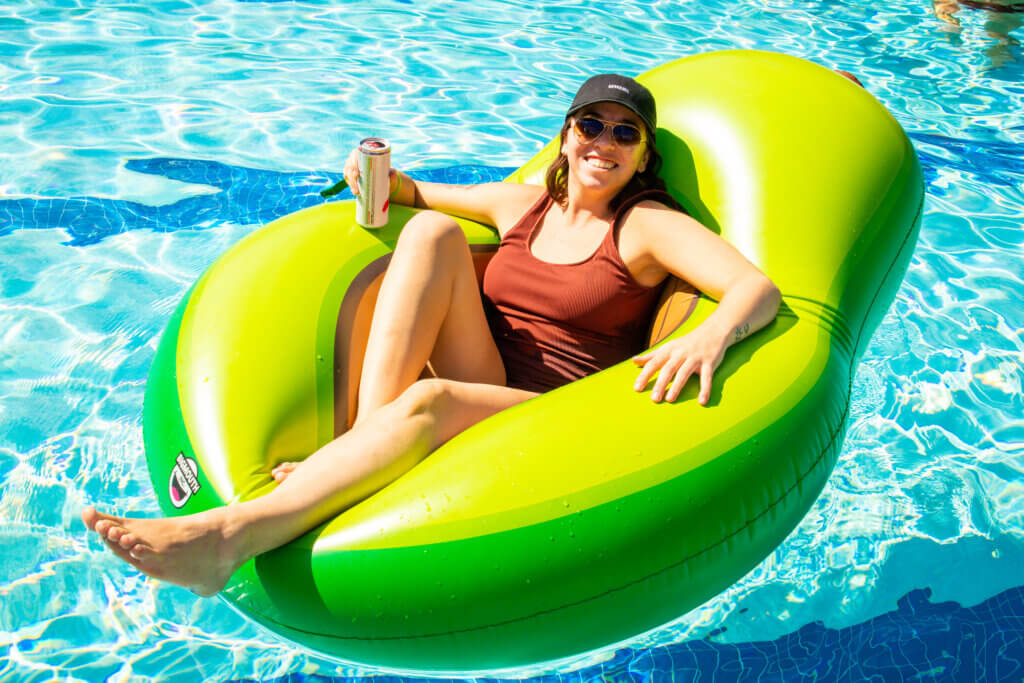 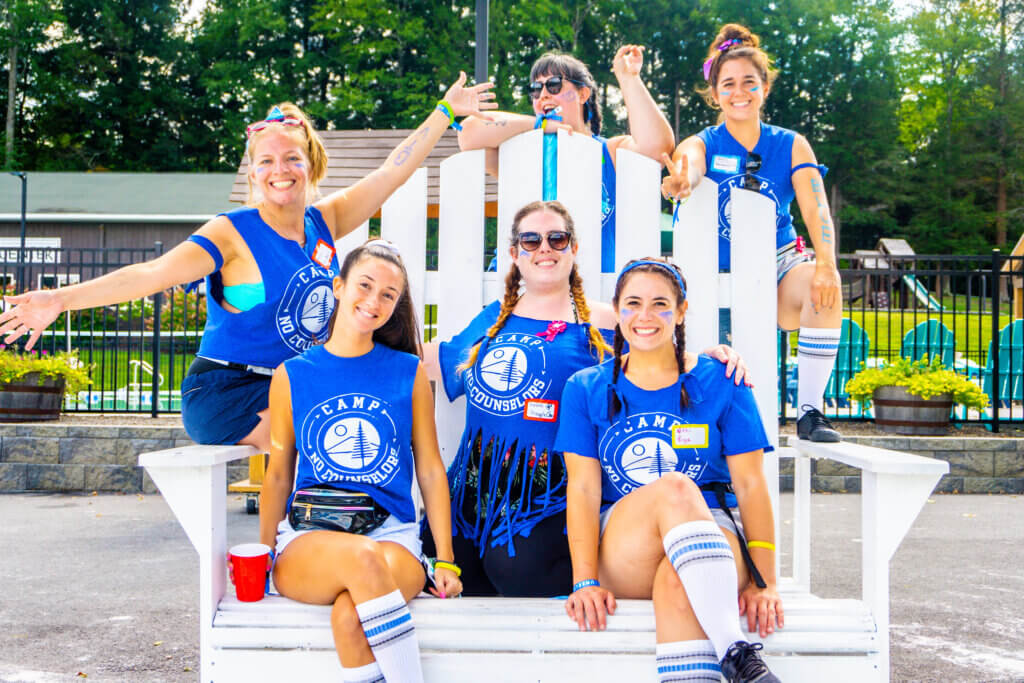 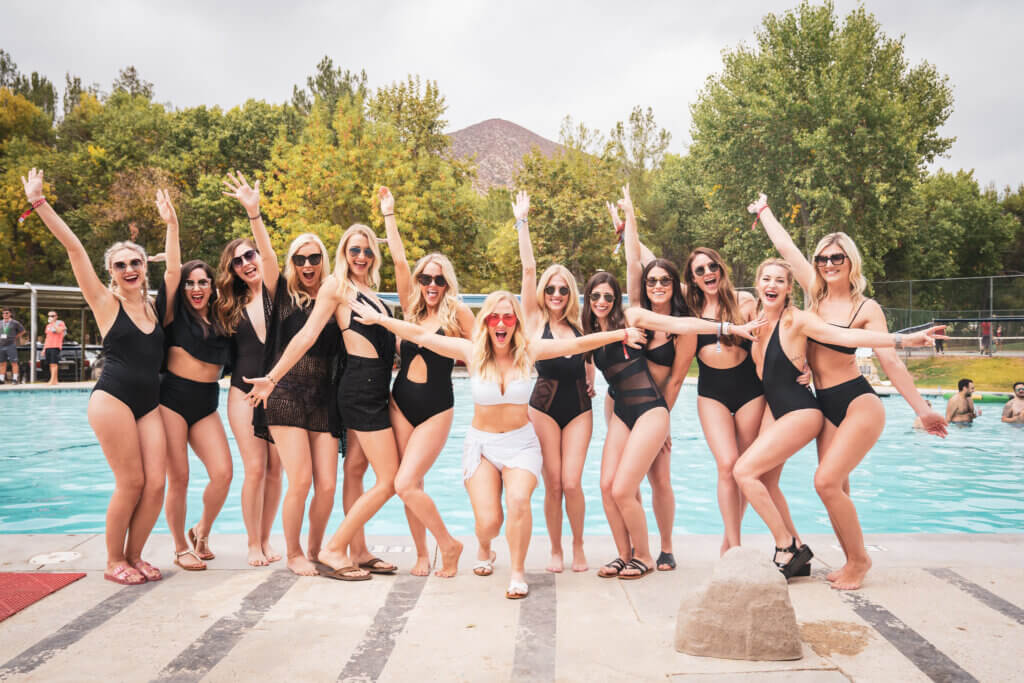 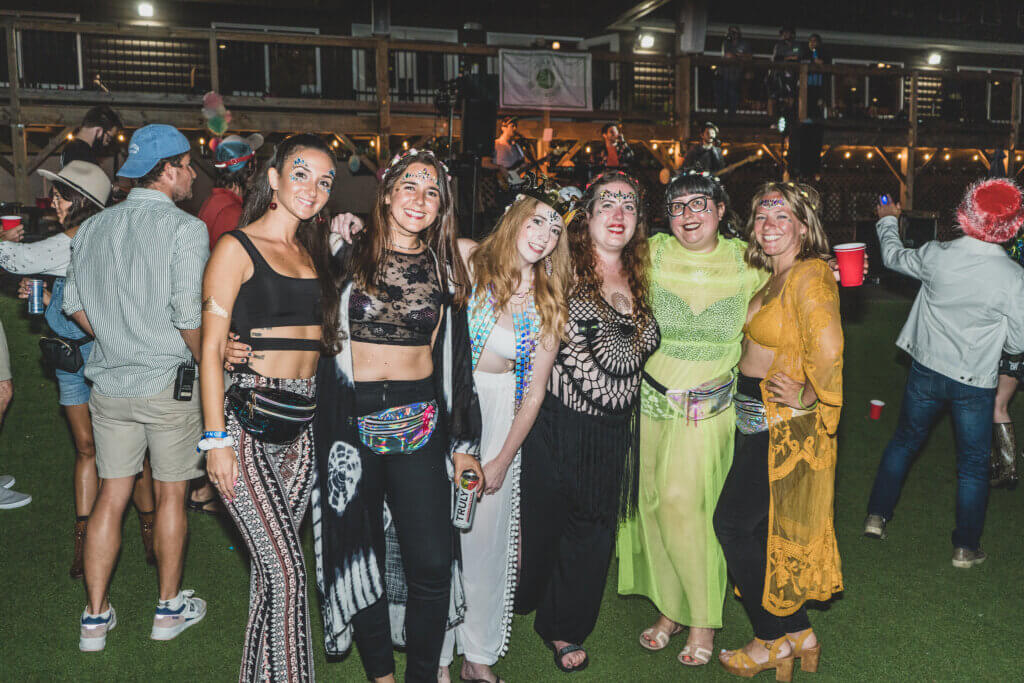 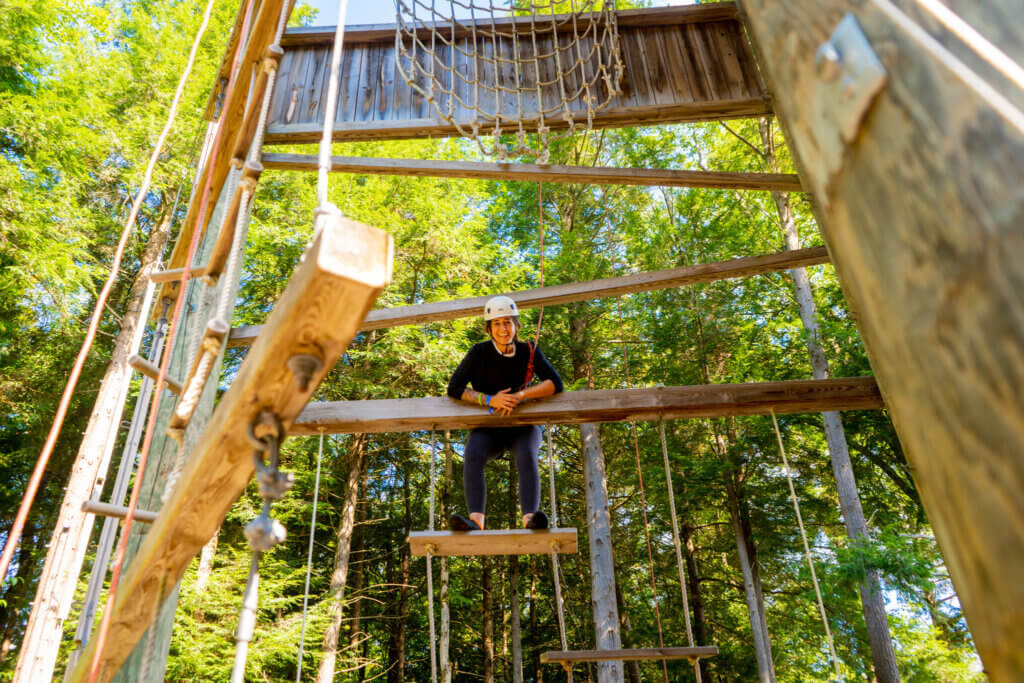 Spend an all-inclusive weekend at one of the best summer camps in America.

It’s all about having fun, meeting new people and sharing incredible experiences over the course of 3 nights. It’s about escaping from the day job, the daily routines and the challenges of simply being an adult. It’s about disconnecting and reconnecting.

What you also get at every Camp No Counselors event is a wide range of camp activities and awesome socials. These socials often have costume themes and might involve live bands, campfires, foam parties, pool parties & DJ’s.

So whether you come to Camp No Counselors by yourself, with a partner, a group of friends or even your team…we are going to shake up the weekend so you get to hang out with a bunch of cool new people and leave with a seriously memorable experience.

For the longest time, groups looking to celebrate the impending nuptials of a close friend had (basically) two options for a bachelorette party, Rage in a city destination (like Vegas, Los Angeles, or NYC) and spend a ton of money or rent a share-house or cabin somewhere to grow group camaraderie, but risk being bored out of your minds halfway through the weekend.

Bachelorette parties can be the best weekends ever, but they can also be tough to organize.

You’ve got all the common pre-planning issues, what’s everyone’s budget?, what bars will we be allowed into?, what hotels are on offer?, Who is buying the next round?… you know the score. That’s why we are the perfect solution to all your questions.

Last year we had a record number of bachelorette parties at some of our camps and it’s clear and obvious why that was. It’s a one-box-ticks-all solution.

Here are the benefits:

We specialize in bringing people together.

It's an all-inclusive weekend, so all you do is turn up and everything is ready for you and your bachelorette group to enjoy!

Camp No Counselors started Labor Day Weekend 2013, as a way to get friends together for one weekend escape from the stresses of adult life. Labor Day weekend 2013, nearly 100 friends (and friends of friends) travelled to a sleep-away camp for an epic Summer Camp for Adults Weekend that they’d never forget.

Nearing (or in) their thirties they were finding it harder and harder to gather together. The responsibilities of adult life were starting to take over. Working around the clock and captive to their phones, they needed to recharge, get out of the city, and just have a worry-free fun weekend. Only something spectacular would get enough people to commit to a summer holiday weekend- so they rented a summer camp! What started as a small weekend getaway among closest friends, quickly became a 90-person event as the word spread. “Summer Camp for Adults… alright!”

They arrived at camp with no expectations, and at the end of the weekend, left recharged, alive and inspired by the amazing circle of new friends they had made. Disconnected from their phones, job titles and day-to-day lives, they began to truly connect with each other, as they collectively let go of responsibility to become carefree kids once again. Epic dodgeball showdowns, tugs of war, slip ‘n slide runs, dance parties and of course, Color War, became their weekend focus.

They realized that the majority of their adult lives are spent in situations where they are expected to be serious. When did the fun stop? Adults are rarely afforded opportunities to just play, to laugh at themselves and to just be silly. Camp was that chance. Highly accomplished and driven adults shed their work identities, and become their truest selves.

By the time the weekend was over, the one question on everyone’s mind was, “When can we do this again?”. AnotherSummer Camp for Adults weekend was quickly planned, then another, and another… Camp No Counselors was something special and more people had to experience it.

After introducing the world of adult summer camp on ABC’s Shark Tank, CNC now holds camp weekends at many of the most incredible and beautiful sleep-away camps around the nation. Since we started, there have been countless friendships formed, hundreds of relationships brought together, and even a few CNC marriages!

Are the bunks Co-Ed?
Only if you come as a mixed group and request to bunk together or if you’re a couple.

When you are ready to book your ticket we ask if you would like to stay in a male bunk, a female bunk, a couples bunk. We do our best to accommodate everyone so please reach out to us if you have any questions about bunking!

What if I don't drink alcohol?

That’s not a problem at all!
Our program and experience is designed to be inclusive of everybody. If you don’t drink you will still be able to get involved in all the camp activities, events and socials.

This vendor is offering a Premium BOLI promotion!