Mrs. October: A Hurricane on Her Wedding Day Didn’t Phase This BOLI

In Brides of Long Island’s Monthly “Mrs.” series, we profile some of our members’ unforgettable weddings. This month, we spoke with Shana Power about her wedding at Sea Cliff Manor and why it’s important to ask venues about tents! 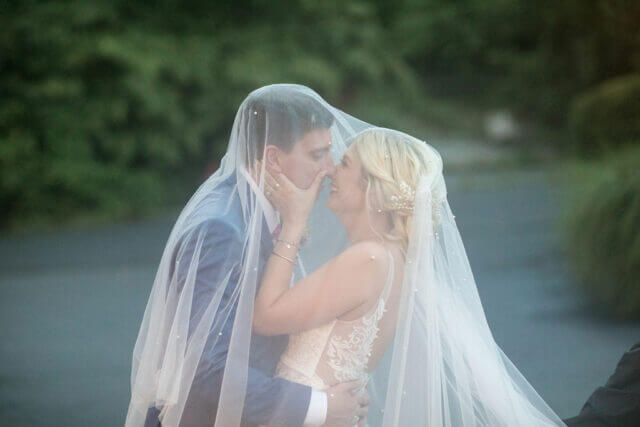 When Shana and Conor Power started dating in high school, they never imagined they’d be saying ‘I Do’ during a hurricane! But Shana says nothing was going to stop her from having her dream wedding to Conor.

A Surprise Pandemic Proposal
Shana says she and Conor dated for a few years in high school, but later broke up. After maybe six years, she says they reconnected and started dating again. They got engaged in April of 2020, on the 10-year anniversary of when they first started dating. And when Conor proposed, Shana says she was very surprised. “I was like, ‘What are you doing here? The world is shut down!’” she explains. “It was the only true surprise I will ever have. I was very shocked, in a good way.”

Since the world had shut down, Shana says planning was hard at first. “We were definitely battling everyone having their weddings rescheduled from 2020 to 2021.” She says they were only able to tour one venue – the Sea Cliff Manor – and she fell in love instantly. Luckily, Sea Cliff had a few wedding dates available, and one was a Sunday in August. “I was like, August is perfect,” says Shana. “I’m born in August, so it’s good luck.” 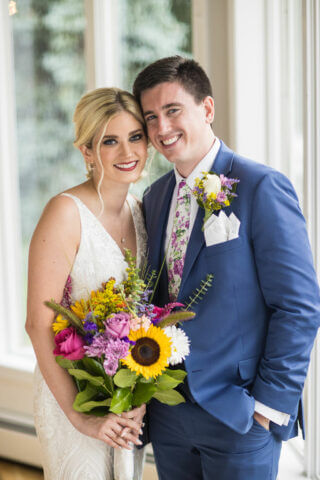 MORE: 39 Questions to Ask When Touring a Venue

All About Location
Shana says that the venue was the most important vendor to her and Conor. She had worked in event planning before her current profession in cyber security, so she was familiar with wedding planning on Long Island. “I knew if we could find a great venue who has a day of coordinator, has really good reviews and who could handle all of the big things the day of, then I wouldn’t have to worry as much,” says Shana.

Shana says she wanted to focus on the atmosphere and how people would feel at her wedding. “I think Sea Cliff Manor is the perfect blend of classic and Long Island chic. It is that old manor house that you think of when you think of Great Gatsby,” she adds.

A great photographer was also important to Shana and Conor. She explains that they’re not photo people, and needed to find a photographer who could make them feel comfortable. “We definitely interviewed a few before we settled on Wavelight with Noah,” she says. “He is just the best. Talking with him is like talking to an old friend. I just felt relaxed [with him].” And she says she knows she made the right decision because you can really feel the day in the photos. 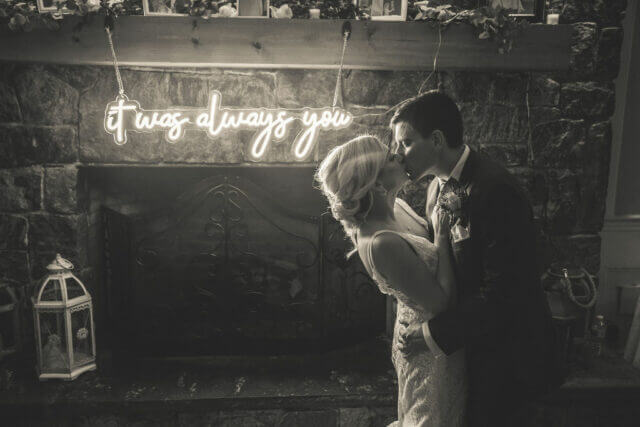 An Intimate, and Rainy, Wedding
When Aug. 22, 2021 came around, so did Hurricane Henri! “I think every single wedding on Long Island got canceled,” she says. “It was absolutely insane. We got married outside under a tent in the garden area.”

But Shana says nothing was going to stop her and Conor from getting married. “I was not planning my wedding for one more minute!” She adds that her pastor has traveled from Virginia to Long Island to marry them – as well as family and friends. All of her vendors did check in the day before when they heard the forecast. “I’m happy it all worked out in the end. That all of my vendors really did come through.”

Once her hair and makeup were done though, she was calm and nothing could phase her. Sure, the limo was running late and it was pouring rain, but she didn’t care. “I looked beautiful. The dress was great. That was all that mattered.”

And she knows everyone had a great time too! She explains that the next day, she asked her friends and family if anyone had any photos or videos. “I think my aunt had four, and his friend had five, but that was it,” she says. “That’s what stood out to us. That everyone was just in the moment. Everyone was super engaged.” She adds that the fact that there were no photos the next day proves that everyone was just having a good time, and forgot to take out their phones. 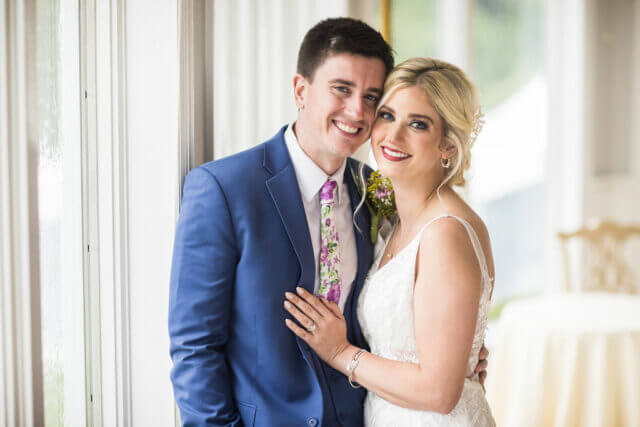 MORE: 6 Reasons Why Rain on Your Wedding Day Can Be Awesome

A Special Rum Punch
Something that Shana says her guests really enjoyed – her grandmother’s rum punch! “My grandmother grew up in Barbados, so she’s Bajan. We did a Bajan-style rum punch and gave Sea Cliff the recipe that my grandmother used.” They were very specific with the four ingredients, and she says it was fantastic. “All of my family were like, ‘this tastes exactly like what granny used to make.’”

Go With the Flow & Pick Your Battles
As a graduated BOLI, Shana recommends brides only worry about a few things that are most important to you, and everything else will fall into place. She says it’s important not to fight every fight. “Just pick your battles. If you care about one to two things, it makes the rest of the decision making easier.” 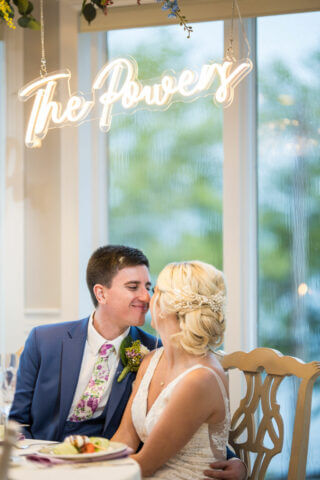 She says that with all of the stressful planning, it’s important to remember why you’re getting married and why you love your future spouse. “At the end of the day, if everything goes wrong, and you still want to marry this person, then nothing else matters.” She adds that due to the hurricane, her wedding was literally nothing that she imagined it would be. She thought to herself that she’d have beautiful weather at the end of August to enjoy the gorgeous garden at Sea Cliff. “None of that happened. There was a leak when we walked in. We got married under a tent. But what was I going to do? It was already happening. So I stayed calm and just enjoyed the day.” She does suggest when looking at venues to make sure there is a rain plan. 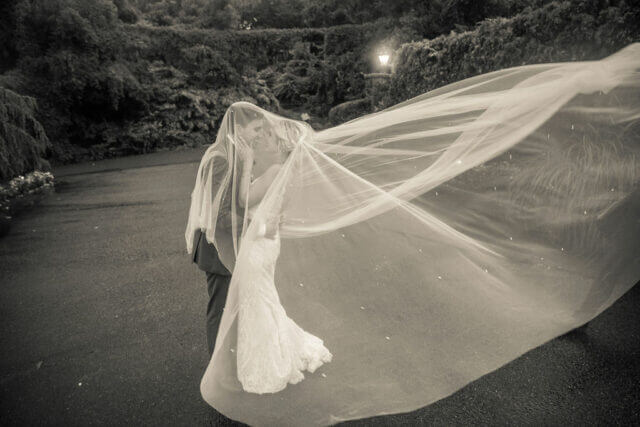