‘It’s a Statement Piece.’ Flohral Preservation Will Transform Your Flowers Into a Work of Art

With over 15 years experience, Debbie Flohr can’t wait to preserve your wedding bouquets and keep your memories alive. 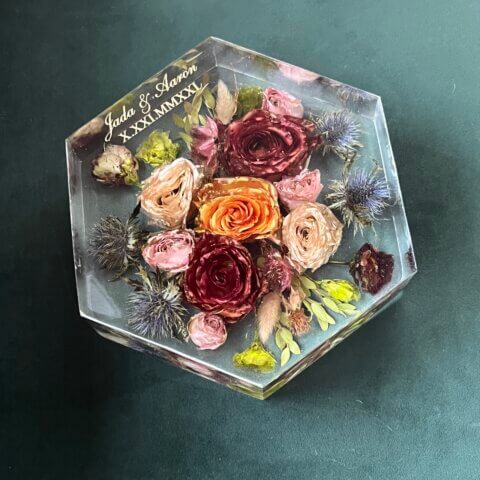 As a bride, we spend so much time pouring over every detail of our upcoming weddings. We discuss everything like the style of our dress, the music we walk down the aisle to and the color of napkins. And whether you’re a flower person or not, you’re more than likely going to find yourself sitting down with a florist to design your bouquet, centerpieces and more. So for something that you spend time, energy and money on, why would you want to throw your flowers away? This is the exact question that Debbie Flohr, of Flohral Preservation, a Brides of Long Island preferred vendor, often asks. And she is here to help you keep the memories of your wedding day – and your flowers – preserved forever.

As someone who grew up with the last name Flohr, it was only natural that she works with flowers for a living. “My last name means flowers in German,” says Debbie. “It literally became my identity of what I do, what I was destined to do.”

It took Flohr a few years to figure out exactly what that was. She got married young, and was looking for a career that would allow her to be a mother, and help pay the bills. She decided at the age of 23 to enroll to become a dental hygienist. However, when she told her mother the idea of a floral preservation business, her mother pushed her to pursue it. “She said, ‘Why don’t you figure this out? If it turns into a business, great. If not, then you can start school,’” says Debbie. She says she dropped out of school before she even started, and never looked back as Flowers Forever was born.

Over the years, Flohr says that she started referring to her company as Flohral Preservation, not just to include her name but because she wanted to set herself apart from typical florists. 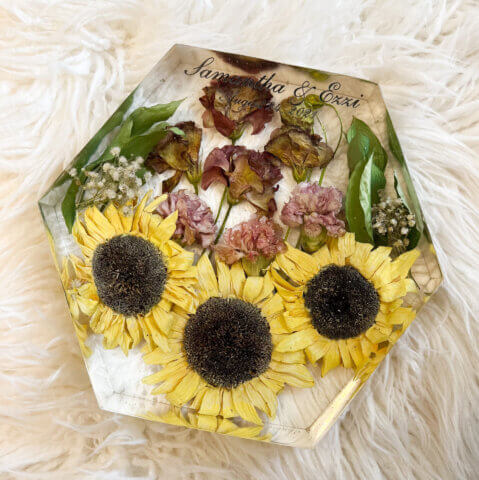 What Is Flohral Preservation All About?

Over 15 years later, Flohr says she’s one of the only floral preservation companies in the U.S. that offers both frames and resin. And while frames are her expertise, resin is the most popular way to preserve your bouquet. “It’s a more modern, timeless way to display your flowers,” says Debbie. And there are so many options when it comes to the resin blocks – including book ends, blocks, candles and more. According to Flohr, the size and style of the resin block will depend on a bride’s budget.

Flohr also offers laser precision engraving on resin blocks. She says this process is something only a few companies offer, and she’s proud to include it in the displays for her brides.

Along with your flowers, Flohr loves to include all of the charms or sentimental items that were included in your bouquets. She has seen picture charms, pieces of mothers’ wedding lace, a father’s tie, broaches and more. The most unique? She says last year a couple was part of law enforcement, so they included empty gun shells. “That was a cool piece.”

MORE: Other centerpieces that aren’t flowers

But How Does It Work?

You’re probably asking yourself how exactly Flohr preserves your flowers. Once a bride sends Debbie a deposit, she marks down your wedding day and waits for you to send or deliver your bouquet to her. She tells all of her brides to put their flowers into the refrigerator immediately after their weddings. And she says all bouquets should be either shipped or delivered to her within 2-5 days of the wedding.

After she gets a bouquet, she will inspect it and immediately put it into chemicals to start the preservation process. Then she will work with her brides to decide on the shape and style of the resin block or frame. There is at least a six-month turn-around time from when Flohr gets the flowers to the finished product. Why so long? “This is professional art that takes time. It’s an art piece. It’s your bouquet, frozen in time,” says Debbie. But don’t worry. Once she starts to work on your piece, she contacts you throughout the process. “I send them a design layout. I communicate with them about how the flowers are going to look, so they can visualize it beforehand.” 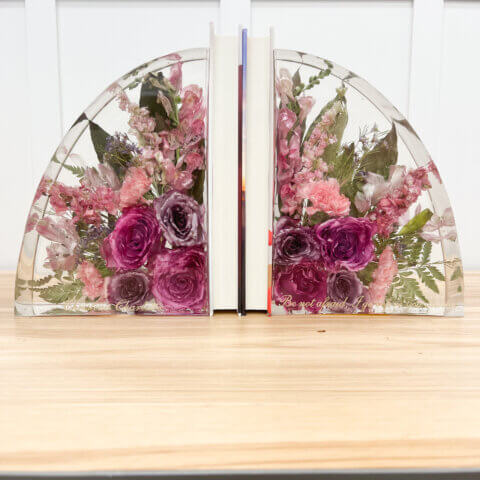 Why Should You Preserve a Bouquet?

Flohr will be the first person to tell you that preserving your flowers is not a ‘must-have’ when brides plan their weddings. But she also feels that because brides spend so much time, money and energy into the details of their weddings, why not keep those memories alive in a different and unique way? “It’s just a beautiful way to preserve those beautiful memories and commemorate your wedding day,” says Debbie.

“It’s kind of like your first investment piece of art for your home.”

Floral Preservation doesn’t just stop with bouquets though! You can preserve your new husband’s boutonniere, your mother’s courage, a centerpiece, your maid of honor’s bouquet – basically anything with flowers. Flohr explains that by preserving the flowers, you are turning them into a sentimental piece of art. In the beginning of her career, Flohr says her goal was to let people know floral preservation was a ‘thing.’ Now, she says she wants to “let everyone know that your flowers don’t have to die.” 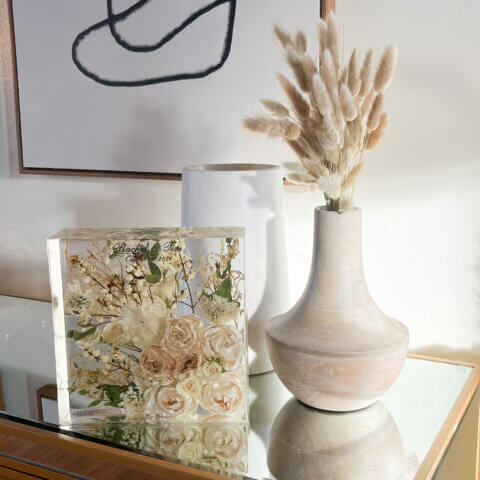 Part of the Family

Debbie is so excited to be part of the Brides of Long Island family. “Just know that you can count on me to have this done.” A piece of advice for brides on the fence about floral preservation? Put it on your registry! “Floral preservation should be on everyone’s gift registry, especially if you’re looking for something creative.”

From speaking with her, it’s clear she is so passionate about floral preservation and really takes pride in her work. She also takes pride in her customer service, which is why she makes sure she includes all of her brides during the process of creating their masterpieces. She goes above and beyond in the color enhancing of your bouquet to make sure it looks as close to the color as it did on your wedding day. 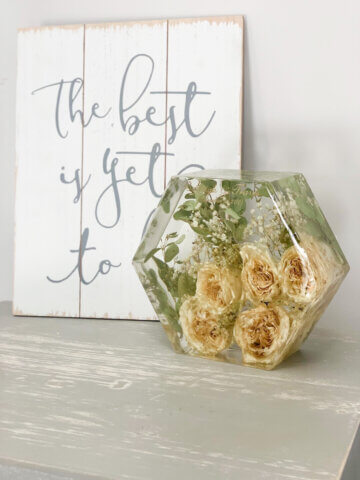 MORE: Six reasons to go to a bridal expo