Miss October: An Autumn Shower for the Storybooks

In Brides of Long Island’s monthly “Miss” series, we profile some of our members’ incredible bridal showers. This month, Deanna Braun Lepage remembers her autumn-filled celebration.

The changing leaves, the brewing cider, and the crisper temperatures of October mean more time to cozy up with the ones you love. For BOLI Deanna Braun Lepage, the month of October will also hold a few special memories- from a proposal in 2019 to a fall-inspired bridal shower in 2020. 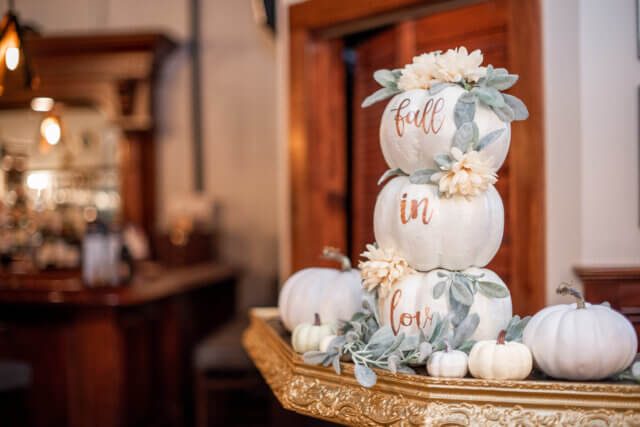 As with many events planned in 2020, Deanna’s shower didn’t go exactly as she’d envisioned. “My shower was, originally, not supposed to be at this place,” she said. “[My original venue] didn’t want more than 50 people, so I had to find a restaurant. But with COVID and everything, Butterfields made it so beautiful. They made sure that it felt pretty normal.”

However, what did go according to plan were Deanna’s seasonable ideas for her day. “I had a lot to do with the coloring, and the decor, and all that stuff,” she remembered. “My whole inspiration was to stay with the greens and the creams. I wanted to do fall obviously, but I didn’t want to do your normal fall colors.”

When it came time to put her ideas into action, Deanna’s family came prepared for the task. “My mom planned the shower for me, and my mom and my mother-in-law did all of the centerpieces themselves,” she recounted. “They went to Hobby Lobby, they went to Michael’s, and they really created the centerpieces when they got there.” 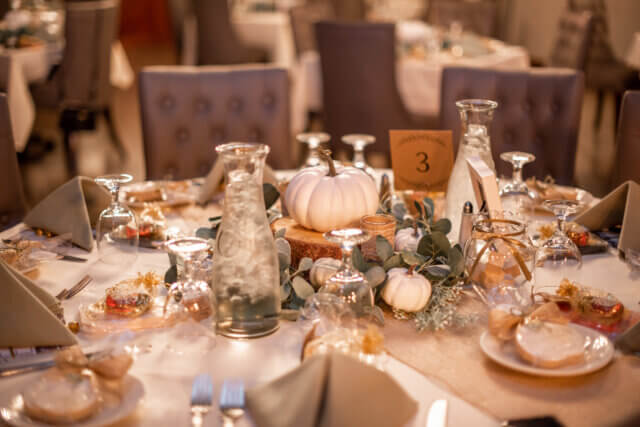 The creativity didn’t end with just the table decor. “I also had the backdrop. My mother-in-law made flowers at the top of them with ribbon, so she really fancied it up.” 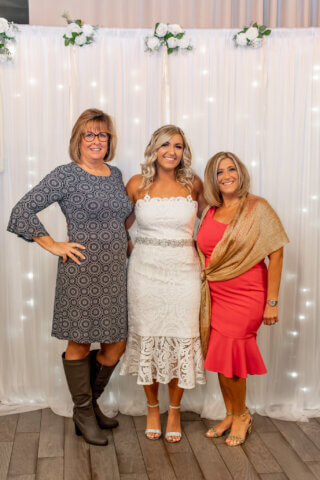 “Display” showers, where registry gifts are unwrapped and not opened during the party, are becoming increasingly popular for brides who want to spend more time mingling with guests. But for Deanna, opening her gifts was an interactive highlight. “My favorite part, and I know a lot of people don’t like the ‘opening of the gifts’ part, but my mother-in-law made a storybook when she was giving her gifts from her side of the family,” she described. “They were reading it, and as they got to a certain part, they would give me that gift. So if the gift was a blender, she’d make a joke about a blender. That was really cute and memorable.” 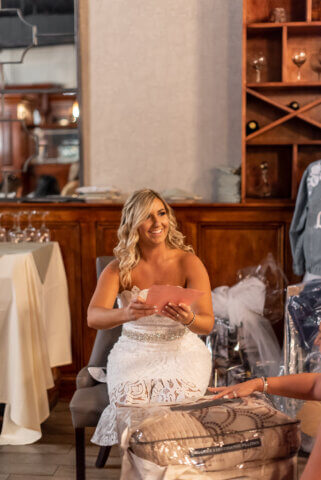 Filling the afternoon were games and activities, including one that would help the couple for months (maybe even years!) to come. “There was a frame at the tables that said, ‘Give the couple a date night idea.’ And honestly, the ideas are great,” Deanna raved. “On a cube, everyone wrote their suggestions for a date night. I just put out a clear little bowl, so they just put them in there whenever they wanted. And they weren’t just things that you could do going out, It was what you could do in your house and stuff. So a really, really cute idea for anyone’s shower.” 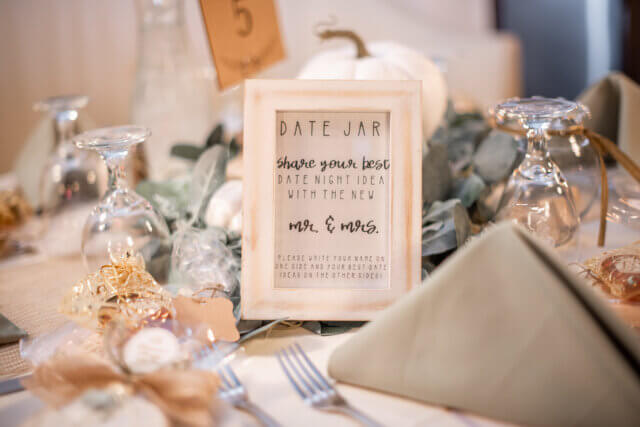 Deanna’s sound advice for any Bride of Long Island planning their shower is to stay present and grateful. “Take it all in when you’re there, because everyone’s there for you, and be appreciative of everyone being there for you,” she said. “With restrictions and whatnot, so many people responded ‘No’ to my shower. And you get a little upset, like, ‘Oh my gosh, I can’t believe they’re not coming.’ But you have to remember –

“ The people that want to celebrate you, and want to be there, are going to be there.”

She also stressed the importance of capturing meaningful moments with those who are most important to you. “Take pictures with your guests. I love that I have pictures in front of the backdrop with my grandma. That’s so special. So take pictures with people that you want to have those special memories with.” 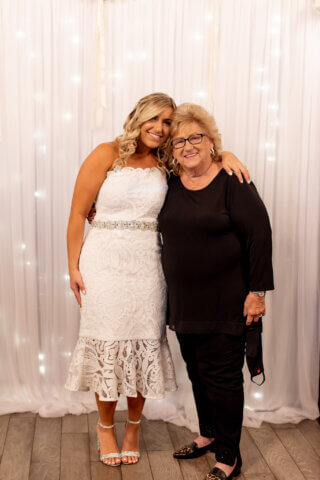 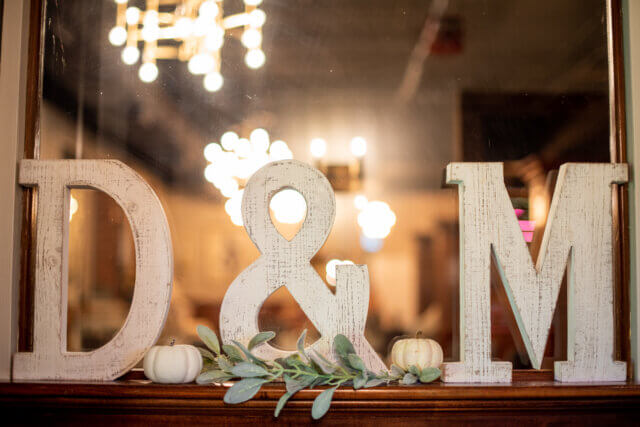 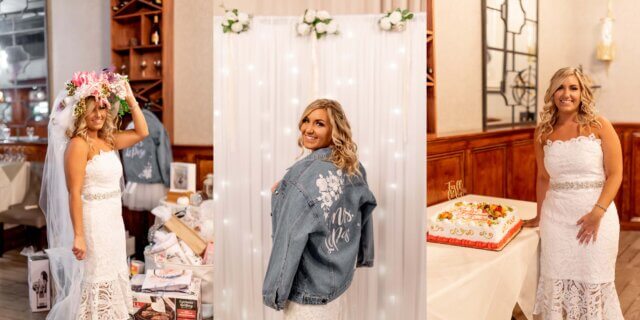 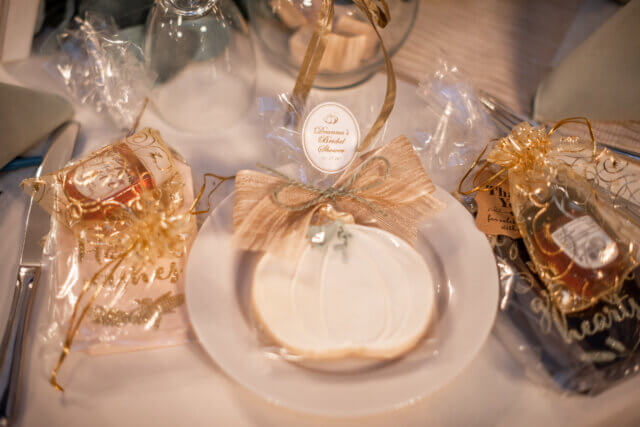 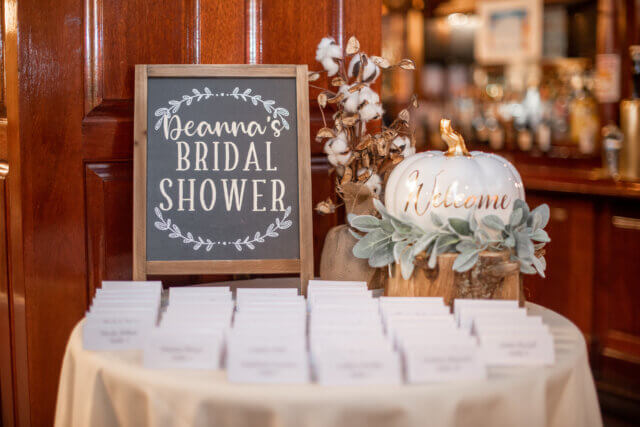