Wedding planning comes with a lot of questions, and depending on your financial situation, one of those questions may be “should I sign a prenup?” 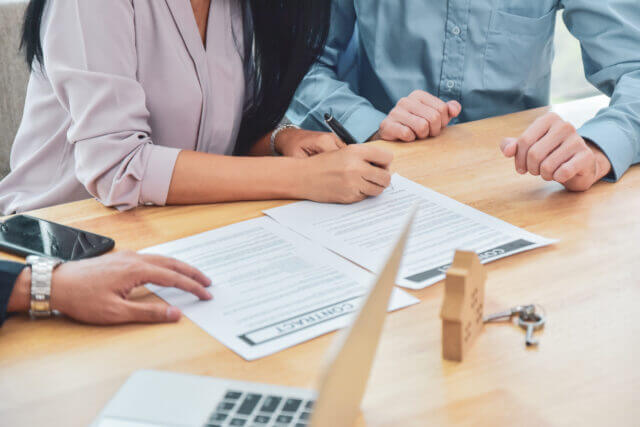 You’ve undoubtedly signed a dozen contracts in preparation for your wedding day – vendor agreements, payment schedules, maybe even your marriage license. And as your “I do” date draws near (and you start considering that age-old convention of “what’s mine is yours”), you might start to think – should I sign a prenup? We spoke with several BOLI grads about their decisions around the issue.

What is a prenup?

A prenuptial agreement (or “prenup”) is a written contract between two people created before their impending marriage. It typically outlines the debts and assets of each person (like property they each own, their individual retirement accounts, and outstanding student loans) and defines what each person is entitled to in the event of a divorce.

Prenups can include rights to property ownership and division, rights to life insurance benefits and inheritances, the interests of children from previous relationships, and financial support responsibilities.

The stigma around prenups

Wait a second – if you’re signing something that outlines what would happen in a divorce before you even get married, isn’t that…well…kind of saying something about your relationship? Should you be tying the knot in the first place if you’re already making plans about how to split up? Many people may have these thoughts in regards to prenups, but the truth is, a prenup doesn’t mean your marriage is headed for troubled waters.

“I think it’s so important to have this conversation and stop the stigma behind prenups,” said BOLI Megan Marr. “Everyone has this negative connotation to why people have prenuptial agreements, and I really want to change people’s outlook on it. People tend to look down upon people who openly talk about getting a prenuptial agreement.”

BOLI Pamela Granda agreed. “I think as a concept it has a bad rap,” she explained. “I was very much against it at first, but after hearing my partner out and educating myself about personal finances, I met with a lawyer who worked with my husband and we entered into an agreement [that left] us feeling like we’ll both be okay.“

“At first, the idea of a prenup was scary, as it had me believing that this was the estimated ‘end of the road,’ however this was not the case,” BOLI Rachel Depp described. “After talking a lot, [my wife and I] both decided that it would be best as a ‘just in case’ precaution.” 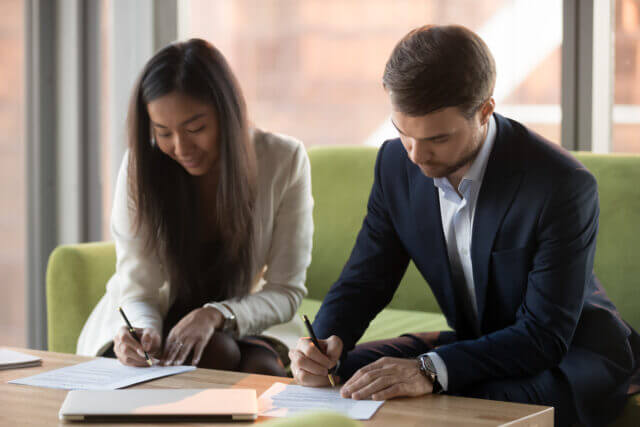 The reasons behind signing a prenup are varied, but they’re all valid. A few BOLIs shared those reasons with us.

Rachel concurred. “My wife and I both believe that being in a relationship is an aid to better oneself, helping the other to be the very best version of themself,” she detailed. “That being said, individuality and independence are both extremely important to us. I am still in school and my wife recently graduated and is officially in her lifetime career.”

While getting married is certainly an expression of love and commitment, some BOLIs also view marriage for what it is at its core – a legal contract. “We were together 7 years before we got married, the prenup had nothing to do with our relationship,” said BOLI Samantha Weiss. “We felt better having it. Marriage is a partnership and can be treated similarly to a business partnership, and that’s how we saw the prenup.”

BOLI Sara J. McGuinness felt similarly. “Although many want to romanticize a marriage which, of course, in part, that’s what it is, it is fundamentally a contract,” she said. “That’s what separates it from another kind of romantic relationship. Every contract should be coupled with laid out terms, conditions, and guidelines.”

Others expressed a common sentiment behind their decision: no one really knows what the future will bring. As an anonymous BOLI made clear, “the unfortunate truth is you never know who you’re married [to] until you’re in a situation you never thought you’d be in.” She went on to describe why family history dictated a prenup in her eyes: “One of the biggest reasons was because of the way my parents’ relationship ended. My mom was already established way before marrying my dad, and when their marriage ended he wanted to take half of everything that wasn’t his.”

Rachel echoed this idea. “I was raised to always think of each and every outcome, and I know that nothing is impossible,” she said. “This by no means makes me think that my wife and I will divorce.”

Why this BOLI decided not to sign a prenup

Another anonymous BOLI shared her reasoning behind skipping a prenuptial agreement. “My husband and I did not [sign a prenup] as we married at 25 [and] 26 years old, purchased our first home together, and both of us had zero student loan debt,” she said. “If we were older, individually had our own properties, or if one of us had student loan debt, we would have. However, as we feel we started in similar financial positions, we felt it was not necessary to.”

As with anything related to weddings, relationships, and marriages, the answer is different for everyone. As Rachel expressed, “to anyone debating the prenup, it is not for everyone! Talk with your (future) spouse, and see what the right direction is for you as a couple. Each couple is different, with different needs and intentions.”