“People Deserve Personality and Fun!” Hire a Videographer and Gain a Friend With That’s A Wrap

Owner Craig Rappaport drew on his own wedding experience to create That’s a Wrap Productions. 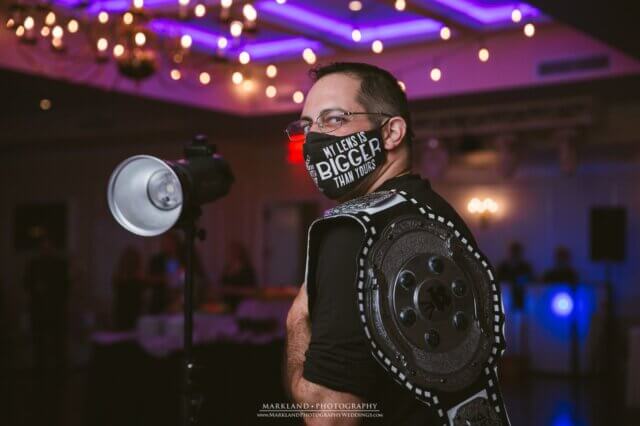 When you sign with That’s a Wrap Productions, a Brides of Long Island preferred vendor, for your wedding day video and/or photos, you’re not just a client to owner Craig Rappaport —you’re his friend. Craig is the guy you want at every party – not just to document it with his camera or GoPro, but to just bring the entertainment and make you smile. And as a former mascot for the Islanders and Long Island Ducks, you really wouldn’t expect anything less. So how does this fun-loving guy go from pumping up crowds to filming beautiful weddings? Brides of Long Island sat down with Craig to learn all about That’s a Wrap Productions and a special he’s offering for some BOLIs!

From Entertaining to Documenting

Craig enjoyed being a mascot for a bunch of Long Island and New York teams. “It allowed me the ability to entertain so many people at one time. And be part of someone’s day,” says Craig. But it’s clear he wanted more, as he explains that he loves being an influence on people.

It was his own wedding video that made him start That’s a Wrap. He realized that he had never met his videographer prior to his wedding. “People deserve to know the person that is coming to their day,” says Craig. And this is why Craig used his video editing college degree and started That’s a Wrap eight years ago. He says his wife thought of the name – a play on his last name Rappaport.

Now, he takes the time to learn about his clients so that he can not only be an influence on their day, but document memories on one of the most important days of their lives. He’s not just the ‘video guy,’ he says. “My customers know me by name. That’s the comfortability I want to bring to my clients.” He adds that he is Facebook friends with about 90 percent of his couples.

MORE: Five reasons you should choreograph your first dance

Getting to Know You

Even before you sign a contract with Craig, he is sitting down with you and learning all about you and your fiancé. “I have to make sure there’s a chemistry and a rapport,” says Craig. He wants to make sure there is a connection and that you’ll be happy on your wedding day. When you meet with Craig, you can also meet with his photographer Mariana. They explain all of their different packages – including the paparazzi package, which Craig says most couples get. That includes two photographers, two cinematographers and an assistant for a 10-hour day, as well as an online gallery, a flash drive of the photos, a video trailer and a full length film. “That’s a big policy of mine,” says Craig. “I give everyone both versions of the film. I don’t like when people have to choose.”

>All packages include an engagement session, which Craig says he uses to really get to know you as a couple. Of course, there are upgrades and you can work with Craig to customize a package to fit your budget. Some upgrades include aerial (a drone), an album, a boudoir session and a honeymoon package.

Once you’re booked, the fun begins. “I love to sit down with them [some more]. Get to know their backstory,” says Craig. “[I want to know] how they met, how long they’ve been together.” To Craig, it’s more than just showing up on your wedding day. It’s learning about you as a couple and the journey you took to get to the altar 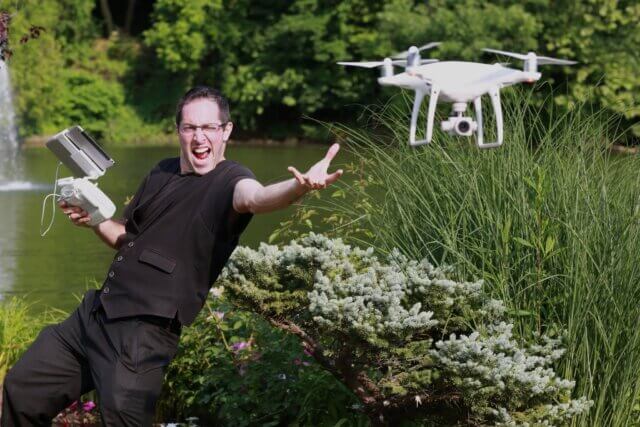 What Makes That’s a Wrap Unique

Craig made it his mission to give every one of his clients his undivided attention. He wants to create an amazing, unique experience for you on your wedding day. And that’s why he has certain policies. One is that everyone gets that engagement shoot. Another big one – he does not book back-to-back events. This not only allows him to focus on just his clients for the entire day, but also gives him a great family-work-life balance. And while Craig knows this limits him to 30-40 weddings a year, he doesn’t mind. “It’s more than a job for me,” he says. “It’s a passion.”

Craig wants his couples to have fun! He wants to capture his couples in their natural, organic state. He says he loves to document the candidness of his couples as they share a secret or steal a kiss.

“That’s what I want to document, their love in its actuality.”

MORE: What to do if you’re under your minimum 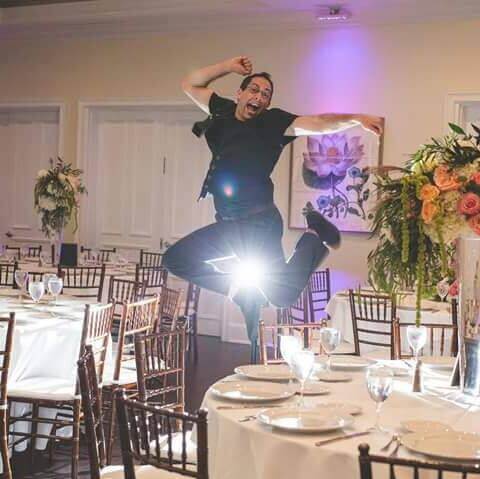 When Craig talks about his clients, he can remember every little detail about their wedding days. He remembers that Erin and Lee’s wedding was like a fairytale. Their wedding was at the Suffolk Theater, one of Craig’s favorite venues. “They are an amazing couple, and they made me laugh throughout the entire time,” says Craig.

And Erin says she and Lee met Craig at a bridal expo and instantly connected with him. She adds that Craig and the That’s a Wrap crew went above and beyond on their wedding day. “They had everyone laughing and feeling comfortable in front of the cameras.” Erin also loved the use of a ‘Best Man body cam,’ and drones were a unique element for their wedding video. “Craig is a one-of-a-kind videographer, who is so passionate about his work.”

MORE: Six reasons you should go to a bridal expo

Another wedding that really sticks out for him is Joanna and Matt’s. He says it was about five years ago, and they had hired him for cinematography. He remembers he got to the venue early to set up and was ready to go, when the photographer arrived and kept calling him ‘video guy.’ Craig says at one point, Joanna turned to the photographer and said ‘his name is not video guy. It’s Craig and he’s my cinematographer.’ “It made me realize for one of the first times how much clients value my service and value me being there,” says Craig.

He also says that Brianne and Scott were vital to him because it was the first wedding he shot after the pandemic. “They reminded me after COVID that I could still get back on the horse.”

Brianne says she actually saw Joanna’s wedding film and immediately knew that she needed to hire Craig for her own wedding day. “He was so supportive throughout the pandemic.” She adds that Craig and his team were able to capture her and Scott’s personalities and relationship so well. And she loved that his humor and energy kept everyone smiling throughout their wedding.

So, it’s clear – that bond that Craig feels for his clients is certainly a two-way street, as his clients – or rather friends – seem to feel the same way.

Because Craig doesn’t want his relationship with his clients to end on their wedding day – after all, you guys are new best friends now – he offers a honeymoon package. What is this? Will Craig join you on your honeymoon? As much as he would probably love that – this is the next best thing. He gives you a GoPro to document your trip! Whether you’re parasailing or snorkeling, Craig wants you to take that GoPro on all of the great adventures you take on your honeymoon. And then he’ll edit them for you when you get back!

And to celebrate the Brides of Long Island’s six-year anniversary this year, Craig is offering the first six brides who sign with That’s a Wrap a free honeymoon package. All you need to do is mention you read this article or found That’s a Wrap through the BOLI site when you sign and you’re automatically upgraded! “This is a great way to celebrate That’s a Wrap and BOLI’s relationship,” says Craig. >

“I’m very excited to be a part of the BOLI network.” 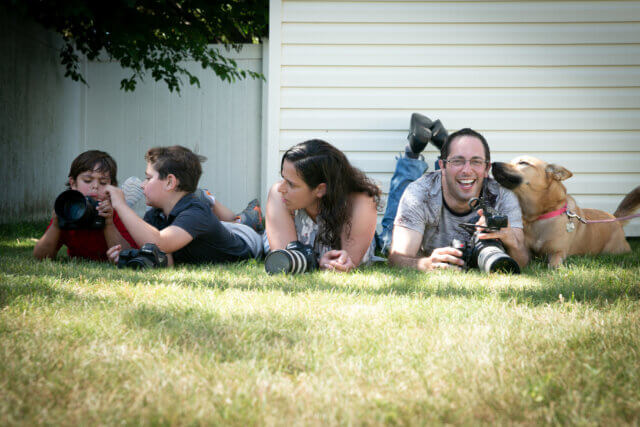